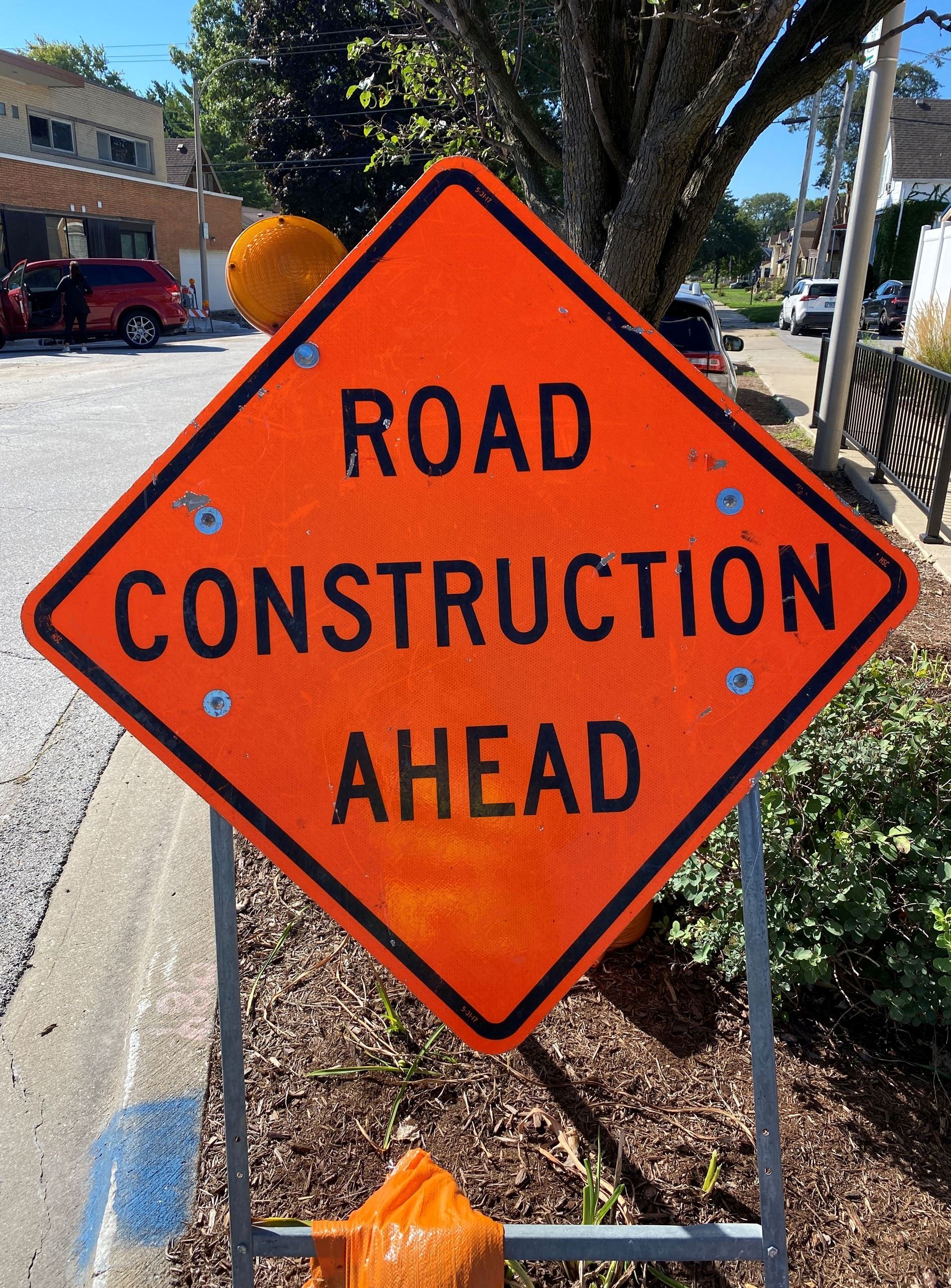 The 2022 road resurfacing project had a delayed start due to a quarry strike. Work began in mid-August. The area that will be paved is bound by 99th Street on the south, Clifton Park Avenue on the east, 95th Street on the north and Pulaski Road on the west. Click here to view a PDF of the project area.

The project is expected to be completed before winter sets in. Please contact Village Hall at 708-422-1551 with any questions or concerns.

10/11/2022 Update - The first layer of asphalt has been completed on most streets. The contractor had to stop working on Tuesday, October 11 because of rain. The only streets remaining to pave the first layer are the south side of 98th Street, Ridgeway to Central Park, and both sides of 97th Street from Ridgeway to Central Park. This work will be completed as soon as the weather allows.

The concrete work is completed. The current work operations are clean up/restoration as well as setting the manholes in the pavement to the proper grade in anticipation of the last layer of asphalt. The final layer of asphalt is currently scheduled to begin mid to late next week weather permitting. The contractor will start again at Harding work to the east. Notifications and "FRESH OIL" signs will be handed out and posted each day.

CAUTION! Roads will be closed off during the paving of the last layer of asphalt. Expect your normal routes to be closed. Road closures for the installation of the last layer of asphalt are critical to insure the best product possible. Traveling out of your driveway during paving is discouraged. Please move any vehicles needed the day we notify you of paving to the alternate parking locations.

10/03/2022 Update - The contractor is continuing to remove and replace concrete surfaces this week. Harding and Springfield from 99th to 95th were paved last week. Avers from 99th to 95th and 98th/97th/96th will be paved from Pulaski to Springfield beginning this week. Pavement removal is planned for Tuesday on Hamlin. Restoration operations began last week starting with grading the areas disturbed and making sure all excavated holes are filled back up. Sodding will occur later in the month ensuring cooler weather.

9/26/2022 Update - The contractor is continuing to remove and replace concrete surfaces this week. One side of each street on the project is now complete and work has begun on the other side of the street. Most Holy Redeemer school and church work will begin on the south part of 96th street. All vehicle and pedestrian traffic in the area of Most Holy Redeemer should use Lawndale Avenue and Millard Avenue. 96th Street will be closed between Monday, September 26, and Friday, September 30 for work in the south parkway. Pedestrian traffic can use the north sidewalk of 96th Street during this time. Restoration operations will begin this week starting with grading the areas disturbed and making sure all excavated holes are filled back up. Sodding will occur later in the month ensuring cooler weather.

Future plans: Starting this week, road work will begin on Harding Avenue and possibly Lawndale Avenue, touching the side streets and then working easterly. Removal of the pavement surface will be followed by sweeping. Once the pavement is exposed, it is inspected to see if any patching is needed and then it will be patched. After patching, pavement "prime" (Fresh Oil) will be installed in the early morning, then the first layer of asphalt will be installed. "Fresh Oil" signs will be put up and it is recommended not to drive on the streets at this time. The contractor will do sections at a time to enable parking in areas not receiving the oil installation. After the first layer of asphalt, we will work on manhole lids repairing what is underground with those systems. The final layer of asphalt is expected to be installed before the end of October/early November.

Residents will get three different notices on their doors during the paving work (October through November):

Notices will have more detail and will be dated and delivered the day before the work to inform everyone.

9/20/2022 Update - The contractor is continuing to remove and replace concrete surfaces this week. One side of each street on the project is mostly complete and we are working on the other side of the street now. Most Holy Redeemer school and church work will occur on Lawndale Avenue this week. Lawndale Avenue from 96th Street to 95th Street will be closed starting Monday, September 19, and will reopen on Friday, September 23, weather permitting. All vehicle and pedestrian traffic is to use Millard Avenue until Lawndale Avenue is open. Restoration operations will begin this week starting with grading the areas disturbed and making sure all excavated holes are filled back up. Sodding will be later in the month insuring cooler weather.

9/12/2022 Update - The first half of the concrete removal and replacement phase of the project will be completed by Wednesday, September 14. The remaining half of the concrete and removal phase will begin this week starting at Harding and moving eastbound. Phase 1 of the Most Holy Redeemer curb replacement will begin on Wednesday along Millard and will be completed on Friday.

9/2/2022 Update - Concrete work has begun beginning at Harding and will progress eastward until Central Park.